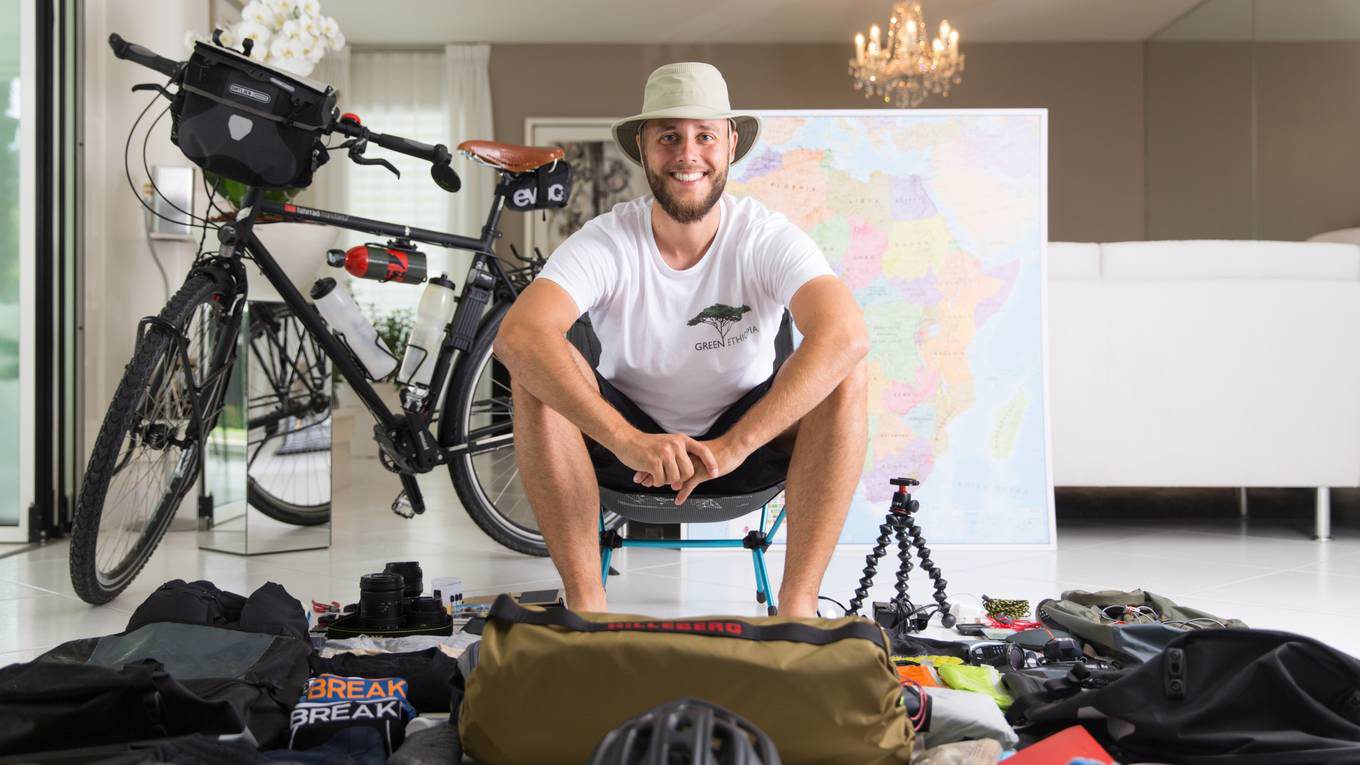 I have spent a total of 5 days in Addis Ababa, mostly inside the camping area at Wim‘s Holland house. A lot of overlanders go there, since it has space to camp, space for the car, the rooms are cheap, and they serve good food. Exactly what I needed. As always, I took off very early in the morning after sunrise at around 6AM. The ride out of Addis was very peaceful and not much of a hassle. I planned to stay in a town 130km away from Addis Ababa, but as I arrived at noon already, I continued on. Following, the hassle started, people started to become more and more aggressive. I had kids throwing rocks right in front of me, usually they would throw them after I had passed them. Families sitting at the side of the road throwing stones, even adults grabbed fist-sized rocks and threw them at me. Once I passed two young adults, I greeted them kindly and as I passed one guy smashed a stick on my back. Of course, I stopped, and they ran off into the field, it just made me feel said. An adult couple stopped as well and tried to help me, but the guys were long gone. I continued and continued until the sun was almost gone. I did 230km on that day, I was so tired of all the harassment that I just wanted to leave. The hotel I got was nice and also the people I hung out that night were kind and I had good talks with them. Even they couldn’t explain why stuff like that happens to cyclists. The following day I left early again. The next town I passed was Shasharmane, famous for its living rastafari culture. I didn‘t see much of that as people were so aggressive. I cannot explain how it felt, it was just not welcoming. On that day I wanted to make it to Sodo, a 130km ride. After 75km I was mentally so down that I called my mom. Never miss out on a mom’s advice. I couldn‘t handle it anymore, I was so angry, sad and just didn‘t feel safe anymore. Whole groups of people tried to get a hold of me, followed me on their motorcycles, the stone throwing became so bad that I just didn‘t want to cycle anymore. Every kilometre was hell and I just wanted to get out as fast as possible. Luckily, I met some American tourists on the way whom I asked for help. They organized a transport for me to the next bigger city. That was the moment in which I decided that Ethiopia was over for me, but I still had 400km to cover. I had to change the bus 5 times until I finally reached the border of Kenya. Imagine having 6 bags with you, a bicycle and 30 people constantly around shouting at you. I had to do everything myself, carry the bicycle up and down from the bus roof, since they always asked for money and when I said no, they just left. It was very stressful, but I managed to get to the border within 2 days. The reason why I called my mom is that sometimes I am struggling to jump over my ego, giving up is not an option for me but my mom helped me to understand that I was not giving up on anything, that it was just smarter to take the bus, that I didn’t need to prove anything to anyone and that I would regret it if something bad had happened to me which could have possibly ended my trip altogether. That’s what a journey like this is here for. I can improve on myself, my character every day and try to learn learn learn. What is the point of doing something over such a long period of time if you don’t like it? I just wanted to move on so that I have more time to spend in a place I could enjoy. 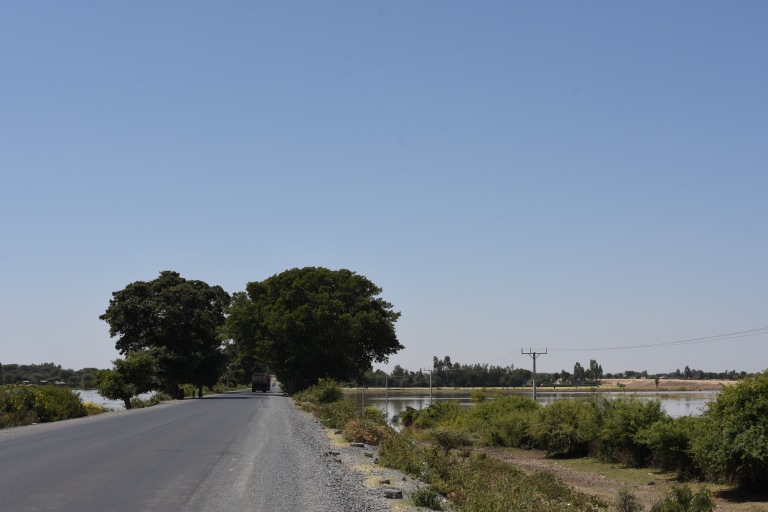 For some time now, Moyale had been experiencing regularly violent outbreaks. The area is known for tribal conflicts and I planned to get over to the Kenyan side as quickly as possible. Unfortunately, I couldn‘t pass the border in the evening anymore so I had to sleep on the Ethiopian side of Moyale, as the immigration dudes already left work at 5pm. Heavily armed man were walking around, some unrests occurred and big crowds of people gathered afterwards. This was the first time I didn‘t really feel comfortable. Usually, I never felt anything like this in all the other towns and cities I had stayed in. I got into the first hotel, organized a room, got out again to get water and bananas and went right inside the hotel area again. After sunset Moyale was like a ghost town, everything was completely shut down and I couldn‘t even leave the hotel anymore (not that I wanted to, I just checked). My night was peaceful, as always since I sleep with earplugs. I was the first person at Immigration in the morning, got the exit stamp from Ethiopia and went through „no-man’s-land” over to Kenya. As I went over, some Ethiopian guy didn‘t stop shouting at me, almost yelling. I didn‘t pay him any attention since guys have done this all the time. As I entered the Kenyan Immigration office, this guy showed up again, totally in rage, yelling at me, saying that I disrespect Kenyan orders and their law etc. For a moment I thought come on, please don’t make me stay here longer than I am supposed to. Then a really nice Kenyan military lady came, grabbed the man and took him out. As she returned, I asked her, what is if I leave and this guy is waiting outside? She just answered really cool, I locked him up in a cell for the day, you will be fine. This guy was totally drunk and high on Khat, he deserved it.

After I crossed the border I really felt at peace, no more youyouyou, no more moneymoneymoney and not a single rock! It’s crazy, 100% different. Kenya is such a beautiful, peaceful country, and the people are amazing, full of happiness & kindness. The level of English they speak is also exceptionally good and communication is great!

My interesting time in Ethiopia

By no means do I want to offend anyone by my post, but I try to write as accurate as possible on how I felt. Some unpleasant things can happen, but they do for sure not mean that I need to be quiet about it.
Yes, many people travel to Ethiopia, many people love it and have not experienced anything like I have. I can just say that there is a huge difference on traveling through Ethiopia by public transport, car, organized tours etc, and traveling through it on a bicycle. I can share some other stories with you from cyclists who also travelled through Ethiopia.

Link 1: You don’t cycle in Ethiopia

Link 3: And they stoned me; The Joy of cycling in Ethiopia:

Link 5: Stabbed in the back

In any case, I would never dare to say that the whole country was bad, Ethiopia is beautiful, and the majority of the people is really nice. It is just that what happened to me cannot be just left away and I also want to share those experiences with you. However, some people ask me now: Lukas, will you continue to collect money for Ethiopia? I absolutely will continue to do so. You cannot throw all the people of a country in to the same basket. I have met wonderful people in Ethiopia as well, I visited places Green Ethiopia is active in and I have seen with my own eyes how much we can help to improve lives of less fortunate people. My bad experiences have nothing to do with my personal feelings towards Ethiopia and the people I can help. I still highly support the foundation Green Ethiopia and we should all take this as an example, not to judge a whole country just by single events and incidents that are occurring. Many Ethiopians couldn’t believe what has happened to me, and surely all of them have agreed that this cannot be tolerated. 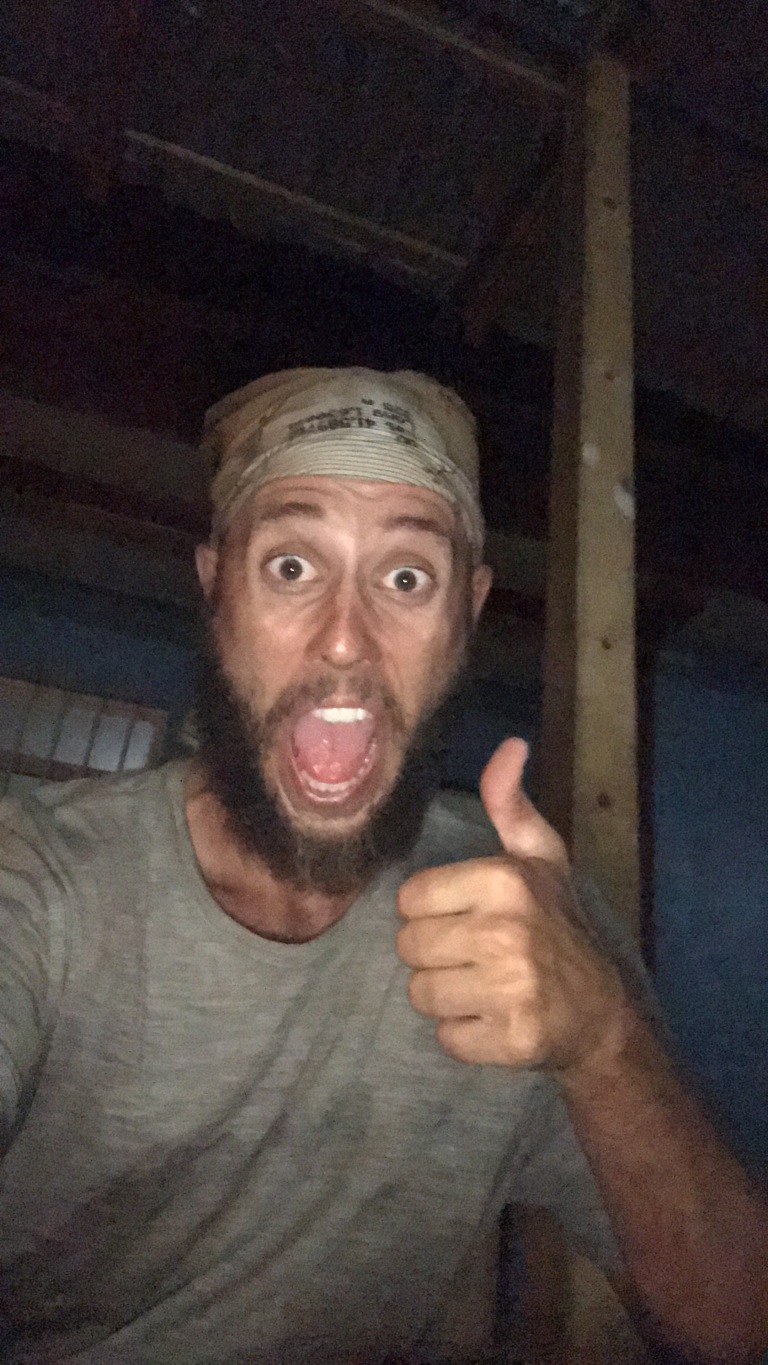 One thought on “Ethiopia #2: Over and Out”